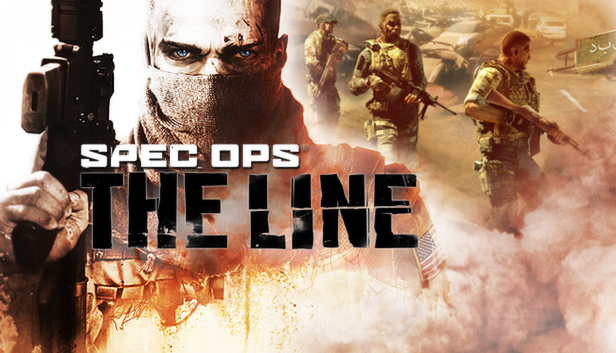 Now that I have my Steam Deck one of the first games I decided to replay was Spec Ops: the Line.

I first want to say that according to Valve and Steam, Spec Ops is considered unsupported on the Steam Deck. I decided to download it anyway and played through the entire game without any issues. I guess I can’t always trust that useful check mark on what’s supported.

I remember playing Spec Ops: The Line when it was first released and loving every minute of it. Going back to it now, it definitely holds up and is still a masterpiece.

The shooting is accurate and snappy. It felt like a modern game released today. Pair that with the cover mechanics that have aged more graceful than Paul Rudd and you have a winning combo. Taking cover from enemy fire and popping out to return fire of your own feels just as good now as it did 10 years ago when this game was released.

Spec ops even has environmental ways to take out enemies. A lot of games have explosive barrels or canisters you can shoot. That’s here but not what I’m talking about. You are in the desert. Sand is everywhere. You can shoot glass to make sand come in and fall on your enemies. This was definitely ahead of its time.

The voice acting and cut scene animations all look and sound great. I kept reminding myself that this is a 10 year old game while I was playing because I just couldn’t believe it. Everything about this game really just held up well.

What I really liked about this game is the story. Most games show the US as a hero and make war look glamorous. Not Spec Ops. War is a fight for survival and you have to make some choices to stay alive. Spec Ops does a wonderful job of showing the side of war that games rarely do.

Spec Ops was a great game when it was first released in 2012 and by today’s standards in my opinion it is still an absolute masterpiece. It has a dark story and excellent gameplay. Modern games surrounding war should still be trying to emulate Spec Ops: The Line.